Gulfstream Park will have nine races on Thursday, with first post at 1:05 p.m. 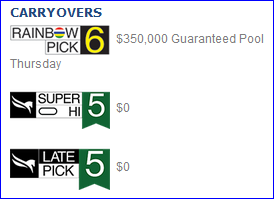 Gulfstream  is guaranteeing that Thursday’s Rainbow 6 will have a $350,000 gross pool of the entire coming in carryover plus all of today’s  Rainbow 6 bets – to be paid if there is just one ticket with the winners of all six Rainbow 6 races.

If there are multiple tickets with all six winning horses,  Gulfstream will take out 20 percent.  It will then divide 56 percent among tickets with six winners and add 24 percent  to the carryover.

This is day 7 for this Rainbow 6 series that started March 16th. The Championship meet ends Sunday, April 3rd, with the Florida Derby scheduled on April 2nd. 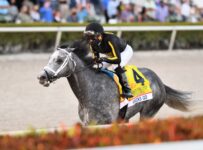