The Tampa racing week kicks off with a nine race program. The first Post time is scheduled for 12:15 PM. 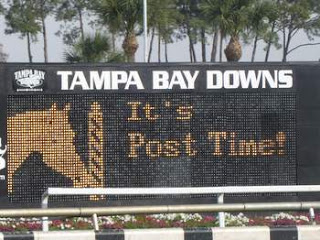 RACE 6, Post time 2:48 is the Wednesday feature. A compact but competitive group of a half dozen older Fillies and Mares will go seven furlongs under $32,000 NW2X Optional Claiming conditions.

Live RadioStPete.com coverage, including the call from track announcer Jason Beam, starts at 2:45.

FEELING MISCHIEF (6) is in a good spot for her comeback race. This four year old Filly is no stranger to Tampa fans, having taken the Sandpiper Stakes last season. Since then, she has raced seven times without a win. All but one of these races were against Stakes rivals and the other was in a $100,000 event at Churchill. Today, she gets class relief, dropping to face $32,000 foes. Veteran trainer Mike Campbell has worked her over the track four times (three “bullets”) since early December and that indicates a return to top form.

She has won after a freshening in the past and gets hot jockey Samy Camacho for the first time. 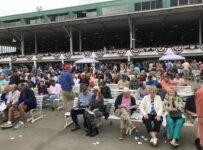