Five stakes races, including two in the Florida Sire Stakes series, and a mandatory payout on the Rainbow 6 will be the highlights at Gulfstream Park over the next three days.

Four of the stakes and the mandatory payout will be on Saturday.

The card has nine races, with no stakes.

Conditions are listed as Fast and Firm. The Weather Channel forecast is for a chance of rain between 15 and 25 percent during racing hours.

It is on races four to nine, with the sequence scheduled to start at 1:30 p.m.

Gulfstream is guaranteeing that the Friday pool for the Rainbow 6 will be at least $500,000 if there is just one ticket with all six winners–thus taking down the jackpot of the full carryover plus 80 percent of the day’s new Rainbow 6 bet.

If Friday has multiple tickets with all six winners. Gulfstream will take out 20 percent of the day’s Rainbow 6 bet and then divide 56 percent among the winning tickets while adding 24 percent to the carryover.

The card will have twelve races.

The Rainbow 6 will be on races seven to twelve, with the sequence scheduled to start at 3:05 p.m.

Gulfstream will pay out the  entire coming in carryover plus 80 percent of the day’s Rainbow 6 bet–regardless of the number of tickets with six winners.  If there are no tickets with  all six, the payout  will be divided among tickets with the most winners.

If the jackpot is not taken down Friday, the carryover should be about $400,000.

In that case,  it is likely that $3 million or more will be bet on the Rainbow 6.

We will have previews of those races on Friday night and on Saturday morning.The Affirmed and Susan’s Girl will both be contested at seven furlongs on the main track. The Proud Man for 2-YO males and the Sharp Susan is for 2-YO fillies, with both at one mile on turf.

There will be eleven races, with a new Rainbow  6 pool. 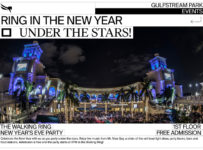