By  Jim Freer and Barry Unterbrink

The Gulfstream Park West  meet’s Rainbow 6 carryover is thirty days old and has grown to  $727,236. following a  Sunday of chalky winners.

The carryover will be up for grabs on Wednesday when the GP West meet resumes at Calder in Miami Gardens.

There will be eight races with first post of 1:20 p.m.

The Rainbow 6  will be on races  three to eight with the sequence  scheduled to start  at 2:20 p.m.  We plan to preview those races on Wednesday morning.

Note: Numbers in this  story are from HorseRacingFLA’s review of Equibase charts on GP West races.

On Sunday there were 491 tickets with all six winners. Each  received $167.52 on the 20 cents per combination only bet.

Five of the Rainbow 6 races were won by favorites and the other was won by a 7-2 shot. 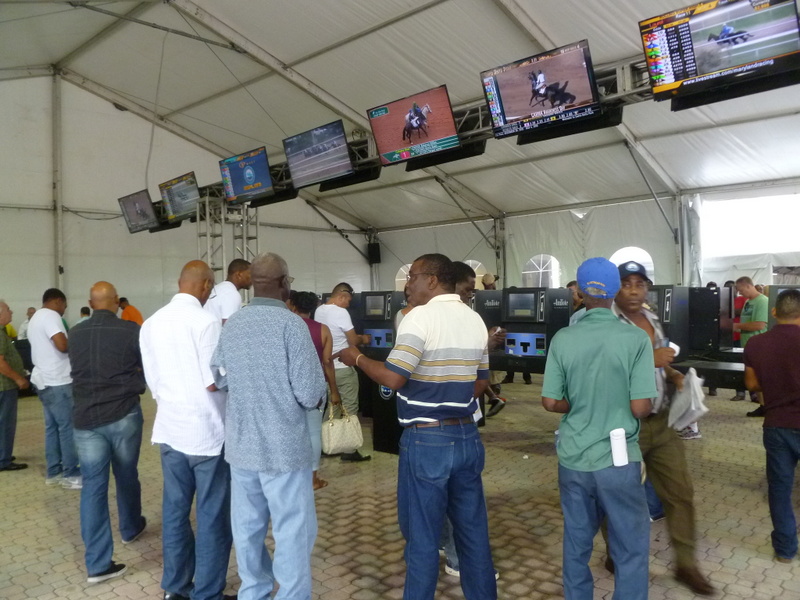 That helps explain why there was the lowest Rainbow 6 payoff and the largest number  of winning tickets during the current cycle that began on Oct. 2.  That was opening day of the GP  West meet.

The carryover keeps growing because the meet has not  had any days with the jackpot payoff requirement of just  one ticket with all six winning horses.

The jackpot consists of the entire coming in carryover plus 80 percent of the day’s new Rainbow 6 bet.

On days with multiple winning tickets, such as Sunday, meet sponsor Gulfstream Park takes out 20 percent of the day’s Rainbow 6 bet.  It then divides 56 percent among winning tickets and adds 24 percent to the carryover.

A Florida law prohibits a pari-mutuel from extending  a carryover into another meet.

So on the last day of the  GP West meet there will need to be a mandatory payoff of the carryover–no matter the number of winning tickets.

It is likely that there also would be a  mandatory payoff on Saturday Nov.23–the heaviest betting day of the week.

If the carryover continues to GP West closing weekend, we expect it would be between $1 million and $1.2 million. In that  case betting on the Rainbow 6 would probably be $5 million or more–with  a large number of bettors who usually do not play the Rainbow 6 jumping in to chase money that others have lost.

The Gulfstream summer meet, which  ended Sept. 29, had a Rainbow 6 carryover that lasted 47 racing days.

In recent years, daily average total handle at the summer meet has been about $5 million, compared with about $4 million at the GP West meet.

Because the summer meet is run at Gulfstream, it is more popular than GP West with simulcast  and ADW bettors.

Bettors at GP West have to  deal with makeshift conditions, since Calder tore down its grandstand in stages between  2015  and 2017. 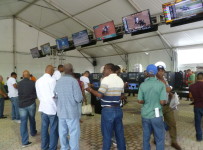