Gulfstream Park will enter day 3 of its Spring-Summer meet Satuday, with a 12:45 PM first post and 118 entries listed on the card in 12 races. Six dirt and 6 turf. No stakes races are planned.

The meet will run from April 4th until September 29th, approximately 56 race days with a 4-day Thursday thru Sunday race schedule. We’ll alert you to the post time changes when they are announced.

Gulfstream will have a carryover of $53,907 in the Rainbow 6 Saturday, the sole carryover. Sixty-Five runners are listed in those races. Track handle was a subdued $4.55 million Friday.

The Rainbow 6 carryover commences in race 7 with an approx. post time of 3:45 PM.

Good Luck, and don’t forget to subscribe – see top menu on this site. 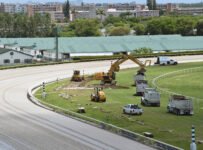 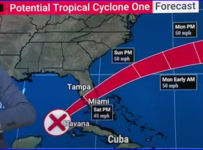