Home
Derby Trail
Gulfstream
By Jim Freer
Welcome to HorseRacingFLA’s Derby Trail 2019 coverage.
In this section (Category Menu at top of our Web site), we will have regular reports on the prep races that will determine which horses make it into the 20-horse field for the 2019 Kentucky Derby  (Grade 1). That race will be run May 4 at Churchill Downs in Louisville, Ky.
Our coverage will include previews, handicapping and race reports—along with  stories on Kentucky Derby  contenders and their  human connections. A big focus of our stories will be  on horses that have raced and/or trained in Florida this year.
We will begin on Tuesday March 12 with an analysis of this past  Saturday’s  $400,000 Tampa Bay Derby (Grade 2) at Tampa  Bay Downs.
Tacitus, in just his third career start, won that race in a stakes record time of 1:41.90 for 1-1/16 miles.

The win gave Tacitus 50 qualifying points for the Kentucky Derby and that almost assures him a spot in that 1-¼ mile race.

Under the qualifying points system that has been in place since 2013, the minimum number of points needed to make the Kentucky Derby field was 32 in 2016.  To be safe, owners and trainers might be advised to seek at least 40 points for their horses.

The second through fourth place finishers in the Tampa Bay Derby earned 20, 10 and 5 qualifying points. They are Outshine, Win Win Win and Zenden. Those are also their current point totals.

In upcoming stories we will review what those hoses and other “Florida horses” will need to do in their next prep races to gain a Kentucky Derby spot.

One possible race for them is the $1 million Florida Derby (Grade 1) at  1-1/8 miles on March 30 at Gulfstream Park.
It  is among the seven upcoming Kentucky Derby preps that offer points on a 100-40-20-10 basis.
Some horses that are training in South Florida or at Tampa Bay Downs could be shipped to  tracks in other states to run in qualifying races.
We will make sure to tell you ”who’s running from Florida” in races such as the Wood Memorial (Grade 2) at Aqueduct and the Bluegrass (Grade 2) at Keeneland—both on April  6.

Here is how the points system works:

*Churchill Downs awards Derby points to the first  four finishers in 34 U.S. races and in the UAE Derby in Dubai on March 30.

The points awarded to winning horses start with 10, in the autumn prior to the Kentucky Derby. The points get higher as the Derby trail continues.

If no horses are entered form one of those series, the spot in the Kentucky Derby is awarded to the horse next in line in qualifying points.

The draw for Kentucky Derby post positions will be held on Wednesday, May 1st in Louisville.

It will include as many as two Also Eligibles (AE), based on U.S race point totals. If an entrant is scratched from the Kentucky Derby prior to 8:00 a.m. Eastern on Friday May 3, one of the AE horses can get into the field.

Editor’s Note—I began following the Kentucky Derby in the 1950s growing up in Upstate New York.
My interest in the Derby peaked and has stayed there since 1999, when I attended my first of fifteen consecutive Derbys.  The last two were as a reporter for the Miami Herald.
Since 2014, I have been watching and reporting on the Kentucky Derby via simulcast in the media room at Gulfstream  Park as editor  of  HRFLA — while still at Churchiil Downs in spirit with my Louisville friends.

In each of the last five years, HRFLA has predicted the Kentucky Derby winner and/or has had the winning exacta in a box or part wheel.

Here’s hoping that you will enjoy our  Derby Trail 2019 coverage, and that it will help lead to some profitable bets on the first Saturday in May ! 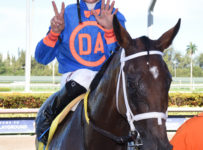 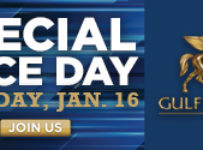