Tampa Bay Downs will have a ten-race card on Wednesday with first post at 12:17  p.m.

The seventh race is the Radiostpete feature race of the day, in conjunction with HorseRacingFLA.

Stanford Financial Group https://m.facebook.com/Stanford-Insurance-Group-Inc-502398346614179/ is the sponsor for these broadcasts and for our handicapper Bob Bauer’s morning previews on Internet station Radiostpete https://radiostpete.com/

Stanford Financial is headquartered in St. Petersburg and provides insurance and financial services to individuals, groups and businesses in the Tampa Bay area.

Our Wednesday feature seventh race is 6 1/2 furlongs on dirt for 3-YOs and up, and is a starter optional claiming race with a $17,200 purse.
On every Tampa Bay Downs race day, Radiostpete carries track announcer Richard Grunder’s live call of at least one race.

Bauer, HorseRacingFLA handicapper and Tampa Bay editor, provides a real-time preview before and a real-time report after each Radiostpete

Bauer also provides a daily preview of the card and his  picks for the feature race.

Radiostpete carries his reports at 8:10 a.m. and again at approximately 12:10 p.m. during newscasts on Wednesdays, Fridays and Saturdays.

On Sundays, the station carries his reports at approximately 9:10 a.m.during a newscast. 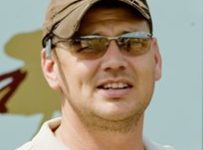