The Rainbow 6 is on races six to eleven, with the sequence scheduled to start at 2:37 p.m. Those races have a total of 64 entrants, including also eligibles and main track only.

On Sunday the most recent race day, there were ten tickets with the winners of all six Rainbow 6 races.  Each of those tickets received $10,409.72 on the 20-cent only bet.

Bettors added $185,916 to the Rainbow 6 pool.  Of that Gulfstream took out 20  percent, divided 56 percent among the tickets with all six winners and added 24 percent to the carryover.

Two of the winning horses were favorites.  But the number of Rainbow 6 winning tickets was relatively low because betting was spread out among 62 starters.

Gulfstream makes a Rainbow 6  jackpot payout only on days when there is just one ticket with all six winners and on pre-announced mandatory  days when it divides the jackpot among multiple winning tickets.

The jackpot consists of 80 percent of the day’s Rainbow 6 bet plus the entire incoming carryover. 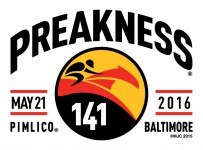