This year’s renewal of the $16 Million Pegasus will be the capping achievement of GUN RUNNER’S (10) brilliant career, if he wins.  On paper at least, he meets or exceeds several handicapping angles. This Steve Asmussen charge has the old “double fig” advantage, where his last pair of races speed figures will beat anything in the rest of the field. He also surpasses the pace pars at every call, and he has won five Grade 1 races, including his last 4 starts.

There are a host of rivals lying in wait and with this kind of money on the line there will be no easy trips. The big favorite coming out of post 10 adds some drama to the mix, and how the pace shapes up early might determine the outcome several furlongs later.

Bob Baffert, usually a contender when a large purse is up for grabs, sends out a pair that could be double trouble. WEST COAST (2) and COLLECTED (5) both lost to the favorite in the Breeder’s Cup Classic and one of these two may be able to pull the upset.

WEST COAST (2) may get a ground-saving trip inside under Javier Castellano (Baffert wants him “in the race early”) while Florent Geroux on GUN RUNNER will have to decide whether or not to send from the gate, so as not to be hung wide on the first turn which comes quickly at Gulfstream. Meanwhile, speed merchant SHARP AZTECA (4) with Irad Ortiz Jr. aboard, will most likely seize the early lead and head for the rail. Mike Smith and Collected (5) will be stalking all this and they may get the all-important first run on the far turn.

TOAST OF NEW YORK (9), FEAR THE COWBOY (7), GUNNEVERA (6) and GIANT EXPECTATIONS (12) will be coming on late and could benefit from a total pace meltdown.

Predictions: Got to stay with the big horse GUN RUNNER (10) for the win.

A Baffert runner won’t be far from the money, COLLECTED (5) should be close.

SHARP AZTECA (4) might last for the show, fast but has never been 9 furlongs.

WEST COAST (2) the other Baffert threat should be in the superfecta.

TOAST OF NEW YORK (9) a real wild card, ships in from England with jockey Frankie

Dettori, after an Allowance win on an Artificial Surface. This one has only raced once on dirt, a huge effort in the Breeder’s Cup Classic in November 2014. Worth using in gimmicks at 20/1. 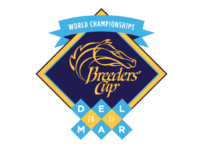