NOTE: Below are the picks for today’s Preakness by Bob Bauer, our handicapper and Tampa Bay correspondent.

Subsequent to this article, HorseRacingFLA’s coverage will be mostly on our blog for the Preakness, today’s other races at Pimlico and today’s races at Gulfstream Park.

Our blog may be accessed on the menu bar located at the top of the  home page of this Web site.

At approximately 3:00 p.m., on this blog and on our Web site we will publish our recommended bets for the Preakness—including exactas  and trifectas,

He has won four in a row for the Pletcher/Velasquez combo and is reported to be acting well in Baltimore this week. Having said that, Classic Empire is getting my vote to spring a mild upset in the Preakness.

Here are the top contenders and some reasons that they may be worth a bet.

First – Classic Empire (5): Winner of the Breeders’ Cup F Juvenile is overdue to duplicate his two-year-old form this season, not that there haven’t been some legit excuses along the way. His seasonal debut in the Grade II Holy Bull was marred by a foot abbess, resulting in an 8 ¾ length loss.

Trainer Mark Casse freshened him for 6 weeks and changed to a glue-on shoe for the Grade I Arkansas Derby and he gave hints of his old form, winning by ½ length under a patient ride, after being steadied early. He was roughed-up at the break in the Kentucky Derby and ran a credible race to get fourth place.

He has the ability to bounce back here and deserves the chance to show that he belongs with the best of this generation.

Second—Always Dreaming (4): Without a doubt, the one to beat. The Derby victor will be the odds-on choice in the Preakness, after taking four races in a row by a combined margin of almost 23 lengths.

The son of Bodemeister is a versatile runner with tactical speed that gives pilot Johnny Velasquez a number of options depending on the pace set-up. Always Dreaming can go to the lead right out of the gate if no other sophomore wants it or he can press or stalk an early leader and pounce when the time is right.

Some handicappers have already chosen him as the Preakness winner and believe that The Belmont may be his most challenging test. That is why we have to run the race, if the top choices duel too fast up front a closer might get it done.

Third—Hence (2): Was the “now” horse in the Kentucky Derby after his impressive win in the Grade III Sunland Derby, turning a big number and making up 11 lengths while picking off horses one by one.

He did little running in Louisville, being in tight at the start and steadied at the 5/16 pole. This Steve Asmussen charge is eligible to move forward again and might surprise if there is a pace melt down.

Fourth—Multiplier (1) – Earned a huge speed figure winning the Grade III Illinois Derby, his next attempt after a Maiden win. He will be severely tested for class here but his chances are not hopeless. He possesses both the highest overall fig in this field, but also shows superior late-pace ability. Belongs in exotics at a big price. 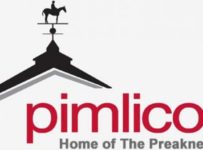 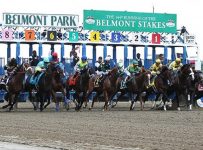