The unbeaten 3-year-old colt McCraken will return to the track on Sunday at  the Palm Meadows Training Center, his trainer Ian Wilkes said on Saturday.

Last Tuesday, Wilkes said that McCraken (photo on home page) had a slight strain in his left ankle and  would not make a scheduled  start in the Tampa Bay Derby at Tampa Bay Downs on March 11.

Wilkes’s crew noticed the strain early Tuesday. Later that day, X-rays were negative. McCraken had worked a half mile at Palm Meadows in Boynton Beach.

Wilkes added: “What would you do if you had a sprained ankle?  You’d rest it and ice it. We did that.  We had the choice of missing a race or pushing the envelope.  We decided not to push the envelope.”

Wilkes has not set a date for McCraken’s next timed workout.

He said McCraken remains on target to run in the Blue Grass (Grade 2) at 1 1/8 miles at Keeneland on April 15.

That would be his final prep for the 1 1/4 mile Kentucky Derby on May 6.

McCraken has 20 Kentucky  Derby  qualifying  points.  Last year, the cutoff for getting into the 20-horse field  was 32 points.

On Saturday, Wilkes spoke in in the Gulfstream Park  winner’s  circle after his trainee Bird Song won the Fred W. Hooper Stakes (Grade  3). 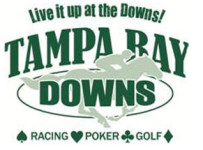