Kathleen O’Connell has been selected as the Tampa Bay Brewing Company Trainer of the Month for February at Tampa Bay Downs.

The Oldsmar track announced that award for O’Connell  on Wednesday.

It follows a stakes record win by her trainee Spanish Concert in last Saturday’s $50,000 Minaret Stakes, at six furlongs on dirt for fillies and mares 4-years-old and up.

The always-gracious O’Connell shared credit with her assistant trainers and other employees for her latest award and for Spanish Concert’s win.

“Even though I am a very hands-on trainer, I can’t stress enough how much our success depends on the help,” she told the Tampa Bay Downs media office.

“There isn’t a day that I’m not at one barn or the other,” she added.  “But you still need a good group of people, and a lot of my employees have been with me 10-to-15 years.”

Spanish Concert’s win is a highlight of what is proving to be another successful Tampa Bay meet for O’Connell and her team.

Through Thursday, she is third in the 2016-2017 Tampa Bay standings with 19 victories from 110 starters. Gerald Bennett leads with 28 wins, and Jamie Ness is second with 22.

In addition, O’Connell led trainers in wins at  the 2009-2010 Tropical meet at Calder Casino & Race Course.

O’Connell, who  has held a trainer’s license since 1981, is second all-time in wins among women trainers of thoroughbreds in North America.

For several years, O’Connell has been  winning more races than Hammond whose horses race mostly at tracks in Indiana and Kentucky.

O’Connell, a Detroit native, is a young-looking 65 and appears to have the energy of a person in her 40s. But Hammond is 59, in a sport where many trainers continue into their 70s.

Thus, catching Hammond is a longshot, and last year O’Connell told us it is not an obsession.

Just as in win standings, O’Connell is always near the top of lists for being well-liked and respected among fellow trainers, owners and fans at Tampa Bay and at Gulfstream Park.

O’Connell maintains a 40-horse stable at Tampa Bay Downs, and also trains about 30 horses that are stabled at Calder (Gulfstream Park West) in Miami Gardens.

Horses in her Calder string  race regularly at Gulfstream in Hallandale Beach.

O’Connell alternates between the two tracks from week to week, and stresses the importance of keeping team-oriented individuals at both locations.

Through Thursday she has six wins in 53 starts at Gulfstream’s 2016-2017 championship meet.

“I have about 20 full-time employees at both tracks, maybe a few more at Tampa – my assistants, two foremen, a groom for every five horses, at least eight hotwalkers,” O’Connell said.

“Everybody can notice something about a horse, from the grooms to the hotwalkers to the exercise riders, and all those little things added together make a big difference,” she said.

Familiarity and longevity also are important factors for O’Connell with jockeys.

Ronald Allen Jr., who rode Spanish Concert in the Minaret, has the mounts on many of her horses at Tampa. For several years, Eduardo Nunez has been her go-to rider at Gulfstream  and Calder.

O’Connell said meaningful communication is vital in keeping her owners up-to-date on a horse’s status.

She has had a longstanding, fruitful arrangement with top Florida breeder and owner Gilbert G. Campbell, for whom she currently trains approximately ten horses. The remainder of her runners are spread among multiple owners.

“Thank God for texting and e-mail,” O’Connell quipped of the communication challenge. “Every trainer wants useful, productive horses that win races, because your owners have spent a huge amount of money to be in racing and you want to protect that investment.”

The biggest win for the O’Connell-Campbell team was with Watch Me Go in the 2011 Tampa Bay Derby (Grade 2).

Two months later, Watch Me Go finished 18th in the Kentucky Derby (Grade 1). But O’Connell says she cherishes every memory from her participation in the world’s most famous horse race.

This Friday through Sunday, O’Connell has 17 horses entered at Florida tracks–15 at Tampa Bay and two at Gulfstream.

The 6-year-old Early Entry is coming in off a win in the Sunshine Millions Sprint, restricted to Florida-breds, at Gulfstream on Jan. 21. 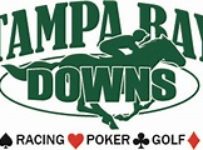 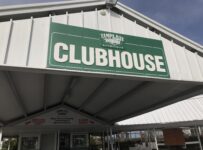