The Florida Horsemen’s Benevolent & Protective Association announced on Monday that it has reached an agreement with Gulfstream Park on a purse contract for 2017.

Officials of Gulfstream, in Hallandale Beach, Fla., have declined comment on the negotiations with the Florida HBPA.

In a statement released late on Monday, the Florida HBPA did not specify the amount of daily average purses or minimum purses that Gulfstream will pay out during its four race meets in 2017.

In the statement. the Florida HBPA said it “will provide more details of the contract as conditions precedent are resolved.”

Bill White, the Florida HBPA president, said in the statement: “It’s a great contract for everyone – the horsemen, the track, and for Florida racing. We’re very excited.”

Before he became Florida HBPA president in 2015, White led trainers in wins at 16 meets at Calder Casino & Race Course in Miami Gardens, Fla.

On Monday, the Florida HBPA announced these details of the contract.

*It calls for the elimination of a lingering overpayment in the purse account for Gulfstream non-championship meets. That overpayment will be reduced to zero at the end of 2016 and includes a cap on any future overpayments.

The overpayments dates back to the period between July 2013 and June  2014, when Gulfstream and its South Florida neighbor were racing head-to-head on weekend days.

Overpayment occurs when money paid out to horsemen in purses exceeds the percentage of betting revenues allocated to the purse account.

“The horsemen will be able to start the 2017 Non-Championship Meet with a balanced purse account, which should result in more predictable race cards and purses,”   said Glen Berman, the Florida HBPA’s executive director.

“This will better reflect the current handle at the track, which has been setting records for the last couple of years,” Berman added. “The constant overpayment status of the purse account has left current horsemen paying the bills of past years’ meets.”

The championship meet is from early December through early April.

The Spring Meet is from early April through June 30, followed by the Summer Meet from July 1 through early October. Both meets are at Gulfstream.

The Gulfstream Park West meet is at Calder from early October through late November.

*The Florida HBPA and Gulfstream agreed to create the FHBPA Stakes Series, a series of $100,000 stakes races to be run during the 2017 Non-Championship Meet.

The Florida HBPA statement said: “This innovative approach by the FHBPA and Gulfstream Park will reward South Florida owners and trainers who run year-round with more opportunities to race their top horses.”

*For the first time, all three Gulfstream-run stables will be open the entire year.

Those stables are at:
Gulfstream—with about 1,250 stalls

Calder—with about 430 stalls that Gulfstream has leased through 2020.  Calder is in Miami Gardens, Fla., about eight miles west of Gulfstream.

“This will provide great peace-of-mind and much-needed flexibility for the smaller stables,” White said. “It adds a layer of certainty, as before there was no contractual agreement for all three stabling areas to remain open year-round.”

According to some third-party reports, negotiations were complex and at times contentious as Gulfstream and the horsemen approached a Dec. 31 deadline.

In its statement, the Florida HBPA said: “As typical in the negotiation process, weighty and innovative issues were covered.”

White added: “Overall the negotiations for the contract went smoothly. I was very pleased with how well it went considering the importance of the issues, and significant dollar amounts that were agreed upon.”

“Steve did a great job, and Tim Ritvo (Gulfstream president and Stronach Group COO) led the way for Gulfstream,” said Carlo Vaccarezza, a trainer and member of the Florida HBPA board.  “This is a good agreement for everyone, and we are looking forward to a great 2017 at Gulfstream Park.” 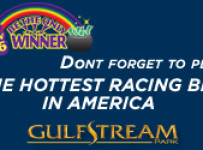