All three and most of the spring meet’s other top finishers should also be prominent during Gulfstream’s summer meet that began on Friday and will extend through Oct. 2.

Jaramillo rode 64 winners during the 59-day spring meet.  Eddie Castro was second with 52.

Edgard Zayas was third with 39. He has not ridden since late May, after he broke a rib in a spill at Gulfstream. Defending champion  Tyler Gaffalione and John Cruz each  had 37 wins, to tie for fourth place.

It is widely expected that Cornelio Velasquez will be among contenders for most jockey wins in the summer  meet.

He had 11 wins in 50 mounts in the spring meet—all after June 1 when he relocated from Belmont Park to Gulfstream to  begin riding year-round in South Florida.

Jaramillo began riding at Gulfstream last year after moving from his native Venezuela where he was one of that country’s top jockeys.

The list of trainers for whom he rides regularly includes Sano and several others who are from Venezuela, as well as Peter Walder and Ronny Werner.

Sano had 18 wins at Gulfstream’s spring meet. Ralph Nicks finished second with 16, followed by David Fawkes with 14. Walder and Mark Casse tied for fourth with 13 wins each.

Kirk Ziadie led trainers in wins at last year’s spring meet. He has not trained any horses since June  28, 2015, and last summer the Florida Division of Pari-Mutuel  Wagering did not renew his  license.

Last December, a Florida Division of Administrative Hearings judge recommended that the Florida DPMW suspend Ziadie for six years and fine him $18,000 for a series of medication violations with horses that he raced at Florida tracks.

Ziadie appealed his case to a Florida civil court, which in March issued a stay on any regulatory action. It is expected that the Florida DPMW will issue a ruling this summer. 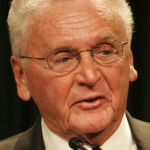 PTK LLC had eleven wins during the spring meet.  Arindel finished second among owners with nine wins, while defending champion Frank Carl Calabrese had eight wins and came in third.

PTK is headed by Paula and Tom Haughey, and also has won owners’ titles at tracks in several other states including Maryland.  In Florida, PTK uses Dane Kobiskie as its private trainer.

Arindel is owned by the family of Alan Cohen, former majority owner of the Florida Panthers. It uses Werner as its primary trainer.

Calabrese has won more than a dozen training titles at tracks in Florida and  Illinois.  He uses Angel  Rodriguez as his primary trainer in Florida.