Note—In a letter of June 1 to horse trainers and owners. Florida Horsemen’s Benevolent and Protective Association (FHBPA) president Bill White provided details of regulatory and political issues that the state’s thoroughbred racing industry is facing this year, and into 2017.

A central issue is whether the Florida Legislature next year will allow pari-mutuels to decouple—i.e. stop having live racing and jai-alai games while still having poker, incoming simulcasts and casinos.

Additional information can be found on the FHBPA Web site

I would just like to extend a thank you to everyone that attended the Decoupling Meeting that was presented on May 19th at the Ocala Southeastern Livestock Pavilion.

Your attentiveness and participation throughout the meeting with thoughtful follow up questions was noted and appreciated.

I would also like to thank those that volunteered their time and energy in organizing and making this meeting highly successful. 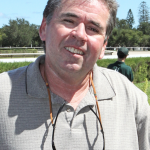 A special thanks goes to co-panelists Tom Cannell, Glen Berman and Herb Sheheane who drove great distances to volunteer their time.

I would like to summarize the meeting,  especially for those that were unable to attend.

Decoupling currently is and has been a hotly contested subject and remains on the Legislative menu for this coming year.

We expect the issue to quickly boil to the surface again this Spring during the next Legislative session.

Decoupling, is generally the removal of a race track’s (permit holder) requirement to use casino money to FUND and to RUN lives races.

Remaining coupled (which is currently in place) means that the casino stays connected to racing and helps fund purses and guarantees racing days.

The goal of the pro decoupling forces is the stoppage of the requirement to race, and to create standalone casinos.

The end result is the stoppage of BOTH live racing and the sharing of the casino profits with horses.

All casino money with decoupling goes to the casino owners.

Here is what we currently risk with decoupling:

1) The FHBPA in South Florida has contracts in place that guarantee over 240 race days.

2) We have total purses paid that are over 70 million dollars a year and are climbing.

4) We have a PERPETUAL slot agreement with Gulfstream Park at 12% and nearly FIVE years remaining at Calder at 10%.

5) The two tracks combined generate around $13,500,000 from slots per year that are part of the total above stated purses.

DECOUPLING JEOPARDIZES ALL OF THIS.

It was debated this past legislative session that PARTIAL decoupling would work.

Partial decoupling is to decouple the dogs, Hialeah, Calder, quarter horse and harness horses and keep Gulfstream and Tampa coupled.

Importantly, it also clears the path to decouple all of the quarter horse permits that have been the center of controversy with one currently being debated in front of the Florida Supreme Court.

The strategy to energize the decoupling movement is to  attack the low hanging fruit (dogs, quarter horses, standardbreds etc.) and to leave Gulfstream Park and Tampa Bay Downs alone – FOR NOW.

The track owners for the dogs, quarter horses and standardbreds are all on the forefront of pushing for decoupling and have a strong lobbying presence in Tallahassee.

The casinos are putting up big money to make decoupling happen.

It is suggested that the answer is to create a “purse pool” where those that are decoupled would be required to distribute money to Gulfstream Park and Tampa Bay Downs.

An example of the “purse pool” concept is if a dog track decouples it would have to give part of its profits to tracks that remain coupled and are running live races.

On face value it is difficult to see how you could require one pari-mutuel facility to subsidize another competing facility down the street through its profits.

The “purse pool” concept is a loosely not yet defined or understood concept that has more questions than answers:

*How much money would come from decoupled tracks/

*Who would determine the amount given and received?

*Who would control the money?

*Who would be in charge of enforcement and how would it be enforced?

*Who would be eligible to receive money from the pool and who would have to pay?

*How much comes from the State, Seminoles and/or taxes?

*Does the purse pool money come from slots or cards?

*What is the total amount of money to purse pools and how long would it be guaranteed?

The FHBPA has little confidence that this formula would work, last or could be enforced.

It is our opinion that if other pari-mutuels are allowed to decouple, it is only a matter of time before thoroughbreds will be decoupled.

It is the FHBPA’s position that if all horseman stay united, we can pass positive legislation or prevent onerous legislation.

The FHBPA will listen to and be part of the process to formulate a possible solution to these issues.

But rest assured that we will defend what we currently have in place.

All horsemen must become engaged in the decoupling issue and make your opinions heard.

We ask for and need your help.

Please contact us at the FHBPA at any time with questions or suggestions.

We are eager to hear from you.