As of 11:30 a.m., conditions are listed as fast and firm at each track.  Weather Channel forecasts are for an 80 percent chance of early afternoon thunderstorms in and around Oldsmar, where Tampa Bay Downs is located, and a 60 percent chance of mid-afternoon thunderstorms in and around Hallandale Beach, where Gulfstream is located.

We will monitor both tracks on our blog.

At Tampa Bay there should be more-than-usual interest in the first race because it includes the popular 7-year-old gelding Brother Pat, well-known for sweeping last year’s four-race Tampa Turf Test series

At Gulfstream, there is a first race carryover of $5,612.59 on the Super Hi-5 which requires picking the first five finishers of a race in correct order.

The carryover is growing because Thursday was the 13th straight day with multiple winning tickets. Gulfstream pays out the Rainbow 6 jackpot/carryover only on days when there is just one ticket with the winners in all six Rainbow 6 races.

The Rainbow 6 is a 20-cent per combination only bet, with multiple horses and thus multiple combinations allowed in each race.

The first race—with the Super Hi-5 carryover, is a $16,000 claimer at 7 1/2 furlongs on turf for fillies and mares 3-YO and up.  There are eight entrants for turf and two that are Main Track Only.

The Super Hi-5, a $1 minimum bet, requires picking the first five finishers in correct order.  There are no consolation payoffs on the Super Hi-5.  If nobody hits it, the carryover goes into the next race with seven or more starters.

Today’s carryover is a result of there being no tickets with the first five finishers in correct order in Thursday’s ninth and final race. In that race 38-1 shot Kito finished second and Road Warrior Max at 27-1 came in third.

Based on Gulfstream betting patterns there is a good chance that more than $20,000 will be bet on the Super Hi-5 in the first race. That’s because bettors had a chance to study overnight.

Tampa Bay Downs was dark on Thursday, per its usual schedule.

After winning four in a row last season at Tampa Bay, Brother Pat went through several owner changes and raced at Delaware Park, Camarero in Puerto Rico and Turfway Park in Florence, Ky. –with a combined two wins in eight starts. That included a stakes win in Puerto Rico.

Owner Oscar Diaz brought Brother Pat back to Tampa Bay this spring and placed him with trainer Victor Carasco.

Brother Pat, a son of Any Given Saturday, has won both of his dirt starts at Tampa Bay. Antonio Gallardo has the mount today.

Caleb’s Comet, trained by Randy Rarick and ridden by Ronald Allen Jr., can be expected to make a late run.  So should Financial Freedom, trained by Gerald Bennett with Fernando De La Cruz on board.

More Than a Party, the 6-5 favorite, won Thursday’s eighth and feature race at Gulfstream Park.

She notched her fourth victory in six starts at Gulfstream, where she finished second in the Hurricane Bertie (Grade 3) last year.

More Than a Party won by seven lengths in the optional claiming eighth race allowance at six furlongs on dirt for fillies and mares 4-years-old and up. She was the 9-5 second betting choice  in the seven-horse field.

The 5-year-old daughter of More Than Ready was ridden by Edgar Prado and won in 1:11.12.  Eddie Broome trains the New Jersey-bred More Than a  Party and is her co-owner with Richard Malouf.

Curlin’s Princess finished second by two lengths over Fond of Sarah.  Miss Melinda, the 7-5 favorite, was another nose back in fourth place. 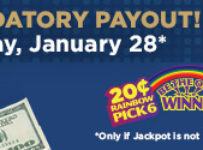