Gulfstream Park opened its Spring Meet on Wednesday, with all-sources handle of $4.2 million, which was 26 percent higher than on that meet’s opening day last year.

Both days were rain-free, and both had five turf races on a course that was listed as firm.

Gulfstream has eight races today with first post of 12:55 p.m. Six races are scheduled for turf. We will be tracking the card on our blog.

The conditions are listed as fast and firm.  According to the Weather Channel, there is a zero percent chance of rain in and around Hallandale Beach where Gulfstream is located.

Gulfstream’s spring meet will extend through June 30. Full-year handle on its 2015 spring meet is not readily available.

The strong handle on Wednesday indicates an impact of simulcast interest following Gulfstream’s championship meet, ended on Sunday, in which it set its record for daily average all-sources handle with $9.5 million.

Elvis Trujillo rode two winners on Wednesday, when there were no other jockeys and no trainers with more than one victory. 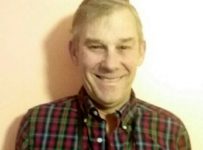