Shadwell Stable’s undefeated multiple Grade 2 winner Mohaymen had his final breeze Friday morning for the $400,000 Fountain of Youth (Grade 2) that will be run Feb. 27 at Gulfstream Park.

Considered the top 3-year-old prospect on the East Coast, the gray or roan son of Tapit breezed an easy half-mile in 49.60 seconds over the main track at Palm Meadows, Gulfstream’s satellite training facility in Boynton Beach.  According to Equibase, it was the 23rd fastest of the morning’s 42 workouts at that distance.

Regular exercise rider Miguel Jaime was up for the work, Mohaymen’s second since opening his sophomore season with a commanding 3 ½-length victory in the $350,000 Holy Bull (Grade 2) on Jan. 30 at Gulfstream (photo on home page)

“We know he’s fast, but we don’t need 47’s every week,” trainer Kiaran McLaughlin said after Friday’s work. “He went great. He started out a little slow, going 13 and 3 the first eighth of a mile and finished [three furlongs] in 35 and 4 and kept going after it.”

Mohaymen has won all four of his starts. He ended his juvenile season with Grade 2 wins in the Nashua and Remsen at Aqueduct.

Only one of his five opponents from the Holy Bull, third place finisher Fellowship, is expected to return in the Fountain of Youth.  Both races are 1 1/16 miles.

Other horses pointing to the Fountain of Youth are: Awesome Banner, three-for-three lifetime with wins in the Hutcheson (Grade 3) and Swale (Grade 2) at Gulfstream; Awesome Speed, winner of three straight capped by the one-mile Mucho Macho Man at Gulfstream on Jan. 2; and two recent Gulfstream allowance winners making their stakes debuts–Cherry Wine and the unbeaten Zulu.

The Fountain of Youth is Gulfstream’s final prep for the $1 million Florida Derby (Grade 1) at 1 1/8 miles on April 2.

The 1 ¼ mile Kentucky Derby (Grade 1) will be run May 7 at Churchill Downs in Louisville, Ky.

And the Florida Derby looms as a possible pre-Kentucky showdown between Mohaymen and Nyquist—the two horses that top the latest lists of Kentucky Derby contenders.

If Nyquist wins the Florida Derby,  he also would earn a $1 million bonus.

Gulfstream and the Fasig-Tipton Sales Co. are offering that money to any horse, such as Nyquist, that went through the March 2015 Fasig-Tipton Florida Sale of selected 2-year-olds in training that was held at Gulfstream

McLaughlin and Shadwell officials have said their long-range plan is to have the Florida Derby as Mohaymen’s final Kentucky Derby prep.

But there is the prospect that they might instead run Mohaymen in the 1 1/8 mile Wood Memorial (Grade 1) on April 9 at Aqueduct in Ozone Park, N.Y.

That would not be to duck an early showdown with Nyquist—a race that would attract considerable national attention.

Almost every year, some trainers that have top 3-year-olds in South Florida do not run them in the Florida Derby and instead send them to the Wood.

The Wood is four weeks ahead of the Kentucky Derby, rather than five.  We are coming up on the period when trainers and owners will make their “weeks between races” decisions for horses on the Derby trail. 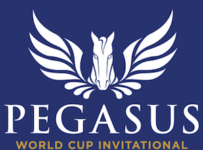