After taking on the boys, and beating them, the 5-year-old mare Jewel of Cat will return to the races this afternoon in a stakes restricted to distaff runners.

Jewel of a Cat, trained by Carlo Vaccarezza, is the probable favorite in the $75,000 Windley Key Stakes at Gulfstream Park. It is five furlongs on turf for fillies and mares 3-years-old and up. 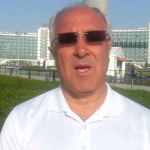 The Windley Key is today’s third race with scheduled post of 1:35 p.m.

Gulfstream has a ten-race card with first post of 12:35 p.m. Six races are scheduled for turf, on a day when there is little prospect of rain.

In her most recent race, on Nov. 7, Jewel of a Cat defeated the 4-year-old filly Katie’s Kiss by three lengths in the $100,000 Millions Turf Sprint Preview. They were the only females among nine runners in the five-furlong turf stakes at Calder, the site of he Gulfstream Park West meet.

Jewel of a Cat, owned by J and J Stables, has post seven and is the 3-1 morning line favorite among eight entrants.

She generally races on or near the lead, as does Silver Sashay the 7-2 second choice in the morning line,

Silver Sashay has a four-race win streak, all at five furlongs at Gulfstream. Three were on turf, and one was taken off turf due to rain. 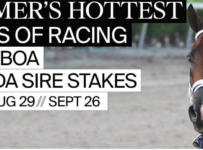