Editor’s Note–Later this weekend, we will have a story with more details about Rosemary Homeister Jr.’s plans for her new career and details about her career as a jockey.)

By Jim Freer
Jockey Rosemary Homeister Jr. is taking what she calls a leave of absence from riding and has started a career as a personal fitness trainer and nutrition adviser.

“This is not a retirement,” said Homeister, who is second to the retired Julie Krone in all-time wins among female jockeys in North America.

In a phone interview this week, the 43-year-old Homeister said she is not ruling out a return as a jockey. But she emphasized that she feels the timing is right for a career change, partly to cut down on travel so that she can spend more time with her four-year-old daughter Victoria Rose.

(Note- the photo on the home page is of Homeister at Tampa Bay Downs in April 2015, It was taken by Stephen Buckner, HorseracingFLA photographer and Tampa bay correspondent)

Homeister also is very popular with fans because of her riding skills and her outgoing personality.

For most of the past decade she has spent winters riding at Tampa Bay Downs and the remainder of the year based in the Chicago while riding mostly at Arlington Park and Hawthorne.

Officials of the track in Oldsmar had expected that she would ride in its 2015-2016 meet, for which opening day is Saturday Nov. 28.

Late last week Homeister told The Tampa Bay Downs publicity office that she instead is staying in the Chicago area to work as a personal trainer and launch a fitness and nutritional advice web site jockeyrosefitclub.com http://www.jockeyrosefitclub.com/

She is starting as a personal fitness trainer and instructor at Heroic Fitness in Hoffman Estates, Ill. 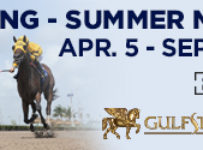 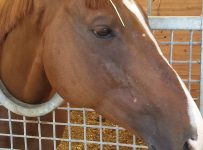