Friday, Oct. 9 — The Florida Horsemen’s Benevolent and Protective Association announced today that its original and long-time executive director Kent Stirling will leave the organization prior to the end of this year.

Stirling (above photo) was president of the Florida HBPA from 1992 through 1995. In 1995, he accepted the new position of Florida HBPA executive director and has held it ever since. He previously was a trainer.

In its announcement, the Florida HBPA said that Stirling’s contract will expire on Dec. 31, 2015.

The announcement did not include information about Stirling’s plans.

Data from Equibase show that Stirling had189 winners in 2,093 starts as a trainer. His most accomplished horse was the mare Nijinsky’s Secret. She won five graded stakes for him, including the Hialeah Turf Cup (Grade 1) in 1983 and 1984.

Stirling is nationally known for his knowledge on medication issues and is the chairman of the National HBPA’s medication committee.

“Stirling, himself a decorated former Thoroughbred trainer, has been a fixture in the national horse racing industry for decades, both as a Board member of the Racing and Medication Testing Consortium, and the Chairman of the National Horsemen’s Benevolent and Protective Association Medication Committee. A leader in the arduous state-by-state governance initiatives toward national regulatory uniformity, he has testified before Congress and served as a consultant to countless researchers, veterinarians and others seeking to further racehorse health and welfare.

“Most recently, Stirling helped direct a consortium of horsemen to accomplish the passage of uniform medication standards in Florida. Years in the making, the legislation was signed in 2015 by Florida Governor Rick Scott and praised by horse racing industry officials nationwide.”

Editor’s Note —
Kent,
I know that I speak for racing writers around the country in saying that we will miss you at the Florida HBPA and that we look forward to staying in touch with you in some other capacity.

You have always been open and cordial, and you did not duck the controversial questions. Your knowledge of and dedication to thoroughbred racing always shone through–as did your commitment to making sure that things are done right in the sport.

As a Florida reporter, I had the opportunity to keep learning from you on issues including regulations, handle and medication. I will always appreciate your open door and phone line, your kindness and your good humor.
Many thanks,
Jim Freer 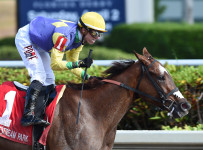 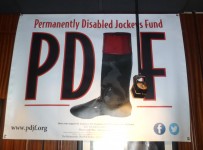