Friday, Oct. 9 — The Gulfstream Park West meet will have ten races today with a first post time of 1:15 p.m.

It is the third day of the GP West meet, at Calder Casino & Race Course in Miami Gardens. Gulfstream Park is holding the meet under a lease agreement with Calder.

Five races are scheduled for turf. There is a 40 percent chance of thunderstorms during the afternoon.

The featured second race is a five furlong turf allowance, with a $39,000 purse, for 3-year-olds and up. None of the eight horses entered for turf have raced on turf at Calder.

Bettarun Realfast had a win, a second place and a third place finish in his four turf races during the recent Gulfstream Park summer meet. All were at five furlongs.

Kathleen O’Connell trains Bettarun Realfast and has given the mount to her go-to rider Eduardo Nunez.

Super Saturday will be the first starter in the GP West meet for trainer Jane Cibelli. She is back in South Florida after spending the summer based at Monmouth Park in Oceanport, N.J., and running her horses at that track and other tracks in northeastern states.

Super Saturday’s two career wins were on the turf at Gulfstream.

Tuneintobow broke his maiden on July 29 with a 5 ½ furlong victory on turf at Saratoga. Owner Marco Thoroughbred Corp. has switched trainers from New York-based Bobby Dibona to Aubrey Maragh for Tuneintobow’s return to South Florida. Eddie Castro has the mount.

Bettarun Realfast and Tuneintobow are among several horses in the race that have shown early speed. Super Spender generally races from off the pace, and could benefit from a speed duel.

* Emerald Citadelle took an early lead and held on to beat a late-running Don’t Tell Vanessa by three-quarters of a length in Thursday’s featured allowance/optional claiming race at the Gulfstream Park West meet.

Emerald Citadelle, at 6-1, was ridden by Michael Vasquez and won the six furlong race in 1:11.78 on a dirt track listed as fast.

It was the third win in 11 career starts for the 3-year-old Emerald Citadelle. She is trained by Leon Minott, who owns the horse along with Michael Spielman. 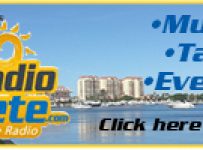