By HorseracingFLA Staff
Friday, Aug. 7 — Trainer Kristin Mulhall (photo in  preview) sent out a winner on Thursday in her first start at Gulfstream Park.

She saddled Thunder Basin, who won the third race by 6 ½ lengths. Thunder Basin, a first-time gelding making his first start for Twilight Racing LLC, won as the 7-10 favorite in the $35,000 maiden claiming race at one mile on dirt.

Mulhall’s win came on the first day of a Gulfstream weekend that has a growing Rainbow 6 carryover, now above $100,000, and will be highlighted by Saturday’s opening races in this year’s Florida Sire Stakes Series.

Mulhall, whose base is in Southern California, late last month established a division at Gulfstream. She is starting with 12 horses.

She then told the Gulfstream press office that several of her clients want to race in Florida, and that she is looking forward to running horses on Gulfstream’s turf course.

“It feels great to be able to come here and win first time out,” Mulhall said following Thursday’s victory. “I bought this horse when we got down here, and we got lucky.”

Mulhall’s second Gulfstream starter will be Blame It on Tekela in today’s eighth race. Later in the day, she will return to California for ten days at Del Mar.

Mulhall had been training exclusively in Southern California since taking out her trainer’s license in 2002.

She has trained six graded stakes winners. The most notable is Imperialism, a horse that won three graded stakes. He also finished third in the 2004 Kentucky Derby–in the slop behind Smarty Jones and Lion Heart.

* Friday racing — Gulfstream will have ten races today with a first post of 1:15 p.m.

There is a carryover of $127,672 on the Rainbow 6 which requires picking the winners of each of the last six races.

On Thursday there were multiple winning tickets, each getting a payout of $7,397.58.

The carryover has been growing because there have been 12 race days with multiple tickets that had all six winners.

Gulfstream pays out the full Rainbow 6 pool (day’s bets plus carryover) only on days when there is just one ticket with all six winners. The last day with just one winning ticket was July 16, and it paid the full pool of $164,183.

On days when there are multiple tickets with six winners, Gulfstream pays out 70 percent of the day’s new Rainbow 6 bets to holders of those tickets. It adds the remaining 30 percent to the carryover.

If there is no single winner either on Friday, the carryover should be $150,000 or more for Saturday. If so, the Saturday card could attract more than $100,000 in bets on the Rainbow 6.

* Saturday’s racing — Gulfstream will have 12 races with a special early first post of 12:45 p.m.

As noted in our story yesterday, there are seven stakes races on the card.

Four of the stakes are opening races in this year’s Florida Sire Stakes Series. We will have a detailed preview of the Sire Stakes and the three other stakes races on Saturday morning. 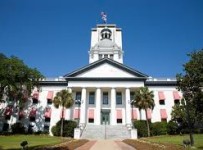