It will be Gulfstream’s 17th and final race day this July–the first since June  2013 in which it did not  have head-to-head weekend racing with Calder Casino & Race Course.

Gulfstream’s nine-race program has 87 entries plus five Main Track Only runners. As we have been reporting, Gulfstream’s field sizes and handle have been considerably higher this month than in the April-to-June quarter.

For its first 16 race days this month Gulfstream averaged 9.3 starters per race and $3.8 million in all-sources handle, according to our review of Equibase Co. charts.  Last month, Gulfstream’s averages were about eight starters and about $3 million in handle

In  an upcoming article  we will have a detailed analysis of the field size, purses and handle trends at Gulfstream–both before and  after its July 1 dates settlement agreement with Calder.

One top question this weekend is whether Ramsey Zimmerman will be able to remain within range of Edgard Zayas in the jockey competition.  It could soon be known as the battle of the Z-Men. Zimmerman rode eight winners from last Friday through Sunday, including the first three on Sunday’s  card. That gave him 18 wins for the  summer meet–three behind Zayas’s 21.  Apprentice Arny Fontanez is third with nine for the meet that runs through Oct. 5.

Zayas has mounts in all nine races today, while Zimmerman has rides in six races.

Zimmerman is in his first year of riding in South Florida, after spending most of his  career at  tracks in Illinois and other Midwestern  states. He sat out most of 2012 and 2013  to focus on  rehabilitation from a drug  abuse  problem. “I had some personal problems that I had to get under control, which I do now.” Zimmerman  told the Gulfstream media office in late March.

In May 2011, Zimmerman was arrested in Des Moines, Iowa, and charged with four felonies including possession and intent to distribute crack cocaine. He spent 110 days in Polk County Jail before being released directly into rehab. During his hiatus, he worked at J.J. Crupi’s New Castle Farm in Ocala.

Zayas arrived from Puerto Rico late in 2012. He led Calder jockeys in  wins during its 2013 Calder meet and tied for second in its Tropical meet.

During the head-to-head months between Gulfstream and Calder, Zayas was prominent among jockeys who on some days rode early races at one  track and then  hopped in an  agent or friend’s car for the eight-mile drive  to ride at the other. Zayas was seventh in wins, with 57, at Gulfstream during the first six months of this year.  During that period he led Calder in wins with 81.

From  this January  through  June, Zimmerman tied for 13th in Gulfstream wins with 31.  He rode only seven times at Calder, with no victories.

* On Saturday, Gulfstream will have the $75,000  Soaring  Softly Stakes at one mile on turf for fillies and  mares 3-years-old and up.

E B Ryder and Angelica Zapata, both winners of multiple stakes in  South  Florida,  head a ten-horse field. 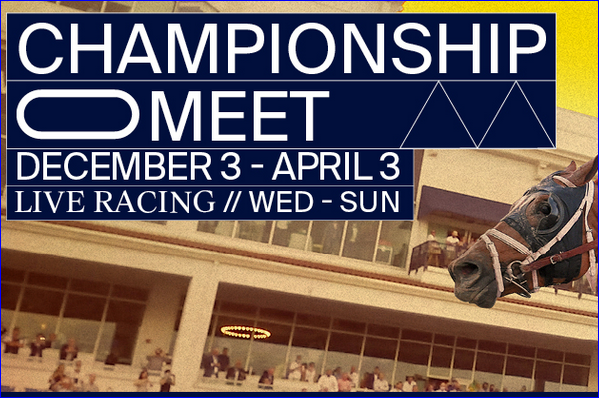