Horses trained by Marty Wolfson finished first and second on Saturday in the $200,000 Inside Information Stakes (Grade 2) at Gulfstream Park. Heart Stealer, at 9-2, beat My Pal Chrisy, at 4-1, by two lengths in  the seven-furlong dirt stakes for fillies and mares 4-years-old and up.

They  have different  owners and were separate betting entities – producing a $2 exacta of $60.40.
The result continued another strong season for Wolfson in distaff stakes at Gulfstream. Last Dec. 14, Heart Stealer won  the six-furlong Sugar Swirl (Grade 3). Since last August, My  Pal  Chrisy has raced in seven Gulfstream stakes.  She has  three wins, three second place finishes and a third place finish.

Five Star  Momma, trained by Jena Antonucci, finished third in the Inside Information.  She came in 1 ½ lengths behind My Pal Chrisy. Wolfson trainee Centrique finished fifth as the 7-5 favorite in the seven-horse field.
Heart Stealer and My Pal Chrisy stalked  a fast early pace.  After a  half mile in 45.04 seconds, Five Star Momma led Wildcat Lilly by a length. Heart Stealer was another length back in third place, and My Pal Chrisy was fifth. Heart Stealer took the lead at  the eighth pole and went on to win in 1:22.57. She was ridden by Joel Rosario.

“We had a perfect trip,” Rosario said.  “It went exactly like Marty said. I was going to be laying probably third behind the speed and she did everything right.” Peachtree  Stable owns Heart Stealer.  Peachtree is owned and operated  by John Fort who lives in South Carolina. Miller Racing  owns My Pal Chrisy and Centrique. The father-son team of Rob  and Myron Miller, who both  live in  Palm Beach, own and operate Miller Racing.
Wolfson often runs two or more fillies and mares in stakes at Gulfstream and Calder. He instructs each jockey to run the race to win, rather than using team tactics.Because of Wolfson’s success rate and the money available, owners of his stakes horses don’t mind being pitted against each other.
In the Inside Information, Heart Stealer earned $120,000, My  Pal Chrisy earned $40,000 and Centrique earned $6,000. Centrique won three of her five previous starts.Jessica is Back, Golden Mystery and Hilda’s Passion are among the now-retired mares that won  stakes for Wolfson between  2011 and  2013.
Tampa Bay Downs
Tulira beat  Nicklaus Way by 1 ¾ lengths in Saturday’s $60,000 Challenger Stakes for 4-year-olds and up. Tulira Castle won  the 1 1/16 mile dirt stakes in 1:43.68. He is trained by Jim  DeVito  and was ridden by Angel Serpa. 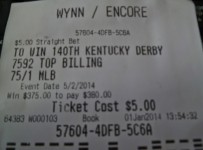